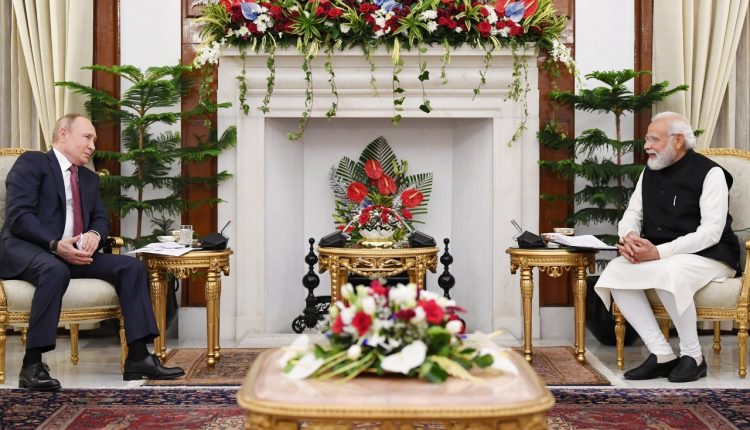 PM Putin Invites His Indian Counterpart To Visit Russia In 2022

Moscow: After the meeting on Monday between Russian President Vladimir Putin and the Indian Prime Minister the former has invited Narendra Modi, to visit Russia in 2022.

PM Modi, who held the annual summit meeting with the Russian President at Hyderabad House said that India and Russia have been in regular touch on Afghanistan and regional issues.

Russian President during his meeting with Prime Minister Modi said that Moscow is concerned over everything related to terrorism and drug trafficking, including in the context of the situation in Afghanistan.

Putin and Prime Minister Modi held the first in-person meeting on Monday after they met on the sidelines of the BRICS summit in 2019 in Brasilia.

The two nations today also signed an agreement for the procurement of 6,01,427 assault rifles AK-203 through Indo-Russia Rifles Pvt Ltd, under the military-technical cooperation arrangement for 2021-31. Earlier in the day, the two countries held their first 2+2 Ministerial Dialogue.

No Plans To Ban Liquor In Odisha: Excise Minister In Assembly