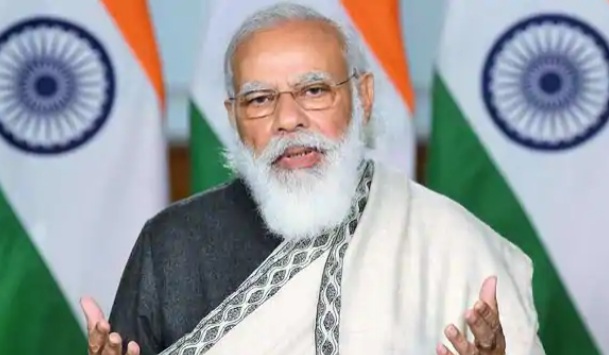 Modi will visit his parliamentary constituency Varanasi on Monday to dedicate to the nation the widened Handia-Rajatalab section of National Highway 19, officials said.

Dev Deepawali, which is celebrated on every `Purnima` (full moon night) of the Kartik month in the Hindu calendar, will be celebrated by lighting 11 lakh diyas on both sides of Ganga River.

The Prime Minister, accompanied by Uttar Pradesh Chief Minister Yogi Adityanath and other dignitaries, will be taken on a cruise which will halt at the Chetram Ghat from where the guests will witness a scintillating laser show.

“The Dev Deepawali celebrations will be telecast live and is expected to revive tourism in the Covid situation,” said joint director (tourism) Avinash Mishra.

The Prime Minister will also inaugurate the 73-km stretch of the newly widened and six-laned NH 19, made with a total outlay of Rs 2,447 crore.

This is expected to reduce the travel time between Prayagraj and Varanasi by one hour.

The Prime Minister will then visit the site of Kashi Vishwanath Temple Corridor Project followed by a visit to the Sarnath Archaeological site.

He will witness the light and sound show on the life of Lord Buddha at the archaeological site of Sarnath, which had been virtually inaugurated by him earlier this month.