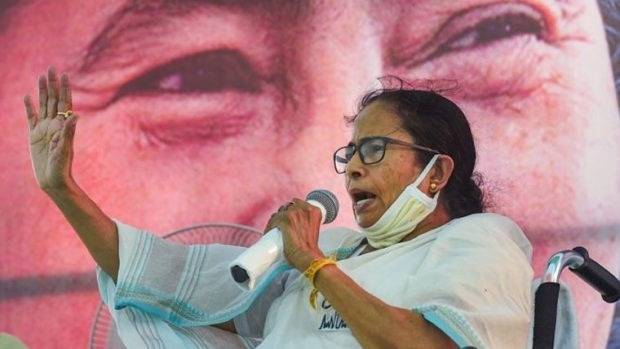 Banerjee who marked the end of her 24-hour ban on campaigning on Tuesday evening, alleged that the PM is lying that she has not done anything for the Matua community.

The Bengal CM said if she has not done anything for the above mentioned community, then she will resign from politics.

Banerjee also questioned why the Prime Minister was campaigning on days of polling in the state. The Election Commission has scheduled a never-before eight phase polls in the state of which only four phases are over. The next one is due on Saturday.

The TMC supremo questioned why doesn’t the poll body ban PM from visiting the state on polling dates. Banerjee said PM said during an election rally in West Bengal that she will be defeated in Nandigram. Is it not a poll code violation, she again questioned.

The West Bengal CM appeared near the Gandhi statue at the heart of Kolkata for dharna and sitting in a wheelchair painted for hours there. Interestingly, senior party leader Derek O’Brien has tweeted that if they can’t beat us then they have no alternative to ban us.

OPPO A35 Launched As a Rebranded A15s: Check Details