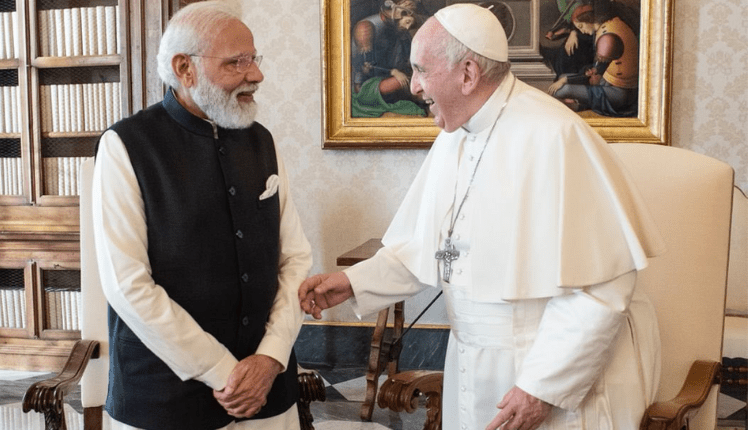 Rome: As part of Prime Minister Narendra Modi’s Rome visit for the G-20 Summit, he met Pope Francis on Saturday.

This was PM Modi’s first-ever one-on-one meeting with Pope Francis.

PM Modi and the Pope discussed a wide range of issues which aimed at making the planet better, including fighting climate change and removing poverty.

Meanwhile, PM Modi also interacted with members of the Indian diaspora in Rome on Friday evening.

During today’s meeting, the two leaders discussed the Covid-19 pandemic and its consequences for people across the world. They also discussed the challenge posed by climate change.

Prime Minister briefed the Pope about the ambitious initiatives taken by India in combating climate change as well as India’s success in administering one billion Covid-19 vaccination doses. His Holiness appreciated India’s assistance to countries in need during the pandemic.Prime Minster extended an invitation to His Holiness Pope Francis to visit India at an early date, which was accepted with pleasure.Prime Minister also met Secretary of State, His Eminence Cardinal Pietro Parolin.