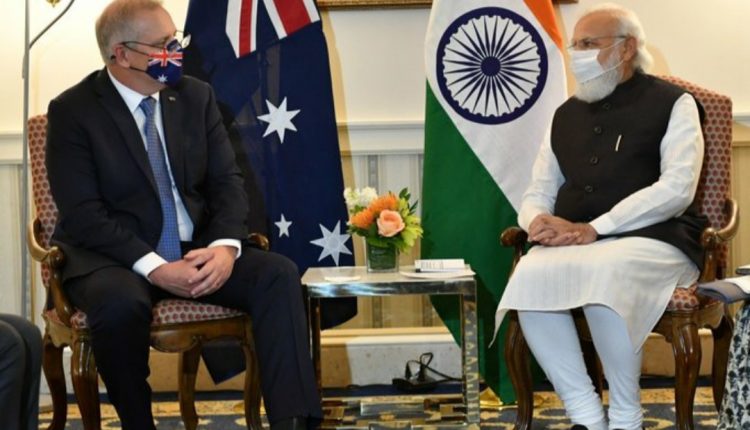 Both leaders have met a number of times on the sidelines of various international conferences. Earlier, PM Morrison had also called PM Modi to brief him about the plan to go ahead with the Australia, UK and US (AUKUS) alliance.

This was the first in-person meeting between the two leaders in the post-pandemic period.

“They reviewed progress since the last leader’s summit that was held virtually in June 2020, and they resolved to continue their close partnership and cooperation for the mutual wellbeing of both sides,” Foreign Secretary Harsh Vardhan Shringla told reporters details of the meeting.