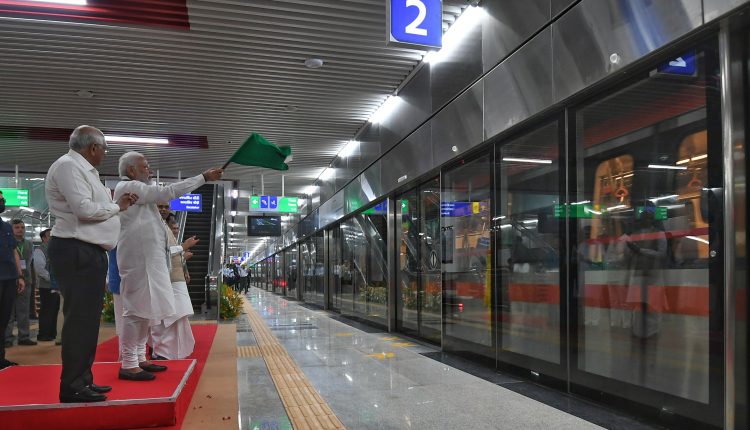 During the ride in the Metro, the Prime Minister travelled with students, sportspersons and common commuters. He interacted with them. Many of them took his autograph.

The Ahmedabad Metro Rail Project is a monumental boost to multimodal infrastructure connectivity. Phase-I of the Ahmedabad Metro project comprises about 32 km of the East-West corridor from Apparel Park to Thaltej and the North-South corridor between Motera to Gyaspur. The Thaltej-Vastral route in the East-West corridor has 17 stations. This corridor also has a 6.6 km underground section with four stations. The 19 km North-South corridor that connects Gyaspur to Motera Stadium has 15 stations. The entire Phase 1 project is built at a cost of more than ₹12,900 crores.

Ahmedabad Metro is a massive state of art infrastructure project involving underground tunnels, viaducts & bridges, elevated and underground station buildings, ballastless rail tracks and driverless train operation compliant rolling stock etc. The metro train set is equipped with an energy-efficient propulsion system which can save about 30-35% of energy consumption. The train has a state of art suspension system providing a very smooth riding experience to passengers.