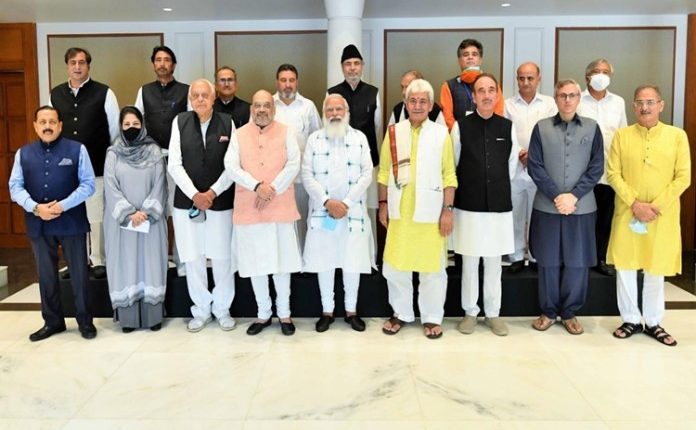 New Delhi: Prime Minister Narendra Modi today chaired an all-party meeting with the political leaders from Jammu & Kashmir in the national capital. He said that his government is fully committed to the “democratic process in the region and holding the assembly elections is a priority.

PM Modi said that we are fully committed to the democratic process in J&K. He stressed that holding assembly elections just like the successful conduct of DDC (District Development Council) elections is a priority.

This was the first such meeting after 5th August, 2019 when the Centre decided to abrogate Article 370 of the Constitution that gave Jammu and Kashmir a special status.