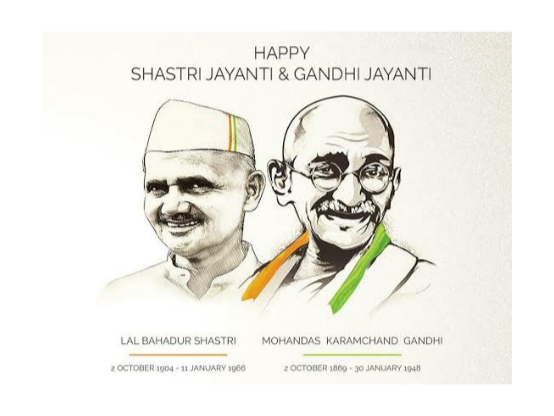 “Lal Bahadur Shastri Ji is admired all across India for his simplicity and decisiveness. His tough leadership at a very crucial time of our history will always be remembered. Tributes to him on his Jayanti,” PM Modi tweeted.

Prime Minister also shared some glimpses from Shastri’s gallery in the Pradhanmantri Sangrahalaya in Delhi, which showcases Lal Bahadur Shastri’s life journey and accomplishments as PM.

Today, on Shastri Ji’s Jayanti I am also sharing some glimpses from his gallery in the Pradhanmantri Sangrahalaya in Delhi, which showcases his life journey and accomplishments as PM. Do visit the Museum… pic.twitter.com/09yi9FWQSs

Gandhi Jayanti is observed every year on October 2 to mark the birth anniversary of the father of the nation.

Meanwhile, President Droupadi Murmu on Saturday greeted citizens on the eve of Gandhi Jayanti and said it is an occasion for all to rededicate themselves to the values of peace, equality and communal harmony.

“On the occasion of the 153rd birth anniversary of Mahatma Gandhi, I pay homage to the Father of the Nation on behalf of all fellow citizens,” she said in a message to the nation.

Murmu said this year’s Gandhi Jayanthi holds special importance as it falls on India’s 75th year of independence. “The making of an Atmanirbhar Bharat, which is under way, is thus inspired by the vision of the Mahatma and is intended as a true tribute to him. The India of his dreams is a clean India, a healthy India. The initiatives taken in this regard have been bearing fruits now,” Murmu said.