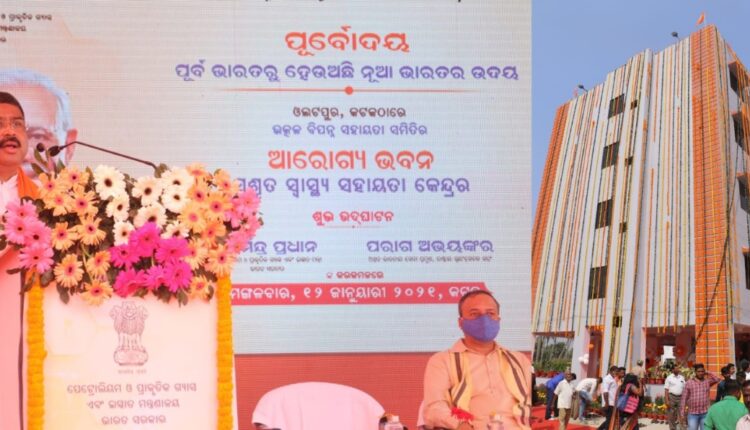 Inaugurating the new building for patient aid care at UBSS Olatpur here on Tuesday, Pradhan said the dream of the people of Olatpur has been fulfilled with the construction of the building with the help of ONGC and RSS.

The Union Minister said the Union government led by the Prime Minister have always wanted to provide better healthcare services to the poor and added that the priority of Central government is the ease of living for one and all.

The RSS has embarked on a campaign for child care, nutrition, education and on different sectors of healthcare.

Pradhan opened a blood donation camp on the occasion of Swami Vivekanand’s birth centenary and unveiled the special supplement ‘Seva’ of Rashtradwipa.