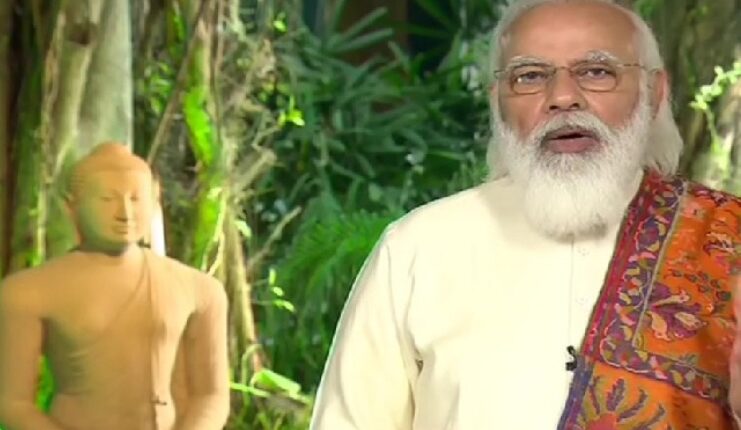 “I would like thank the government of Japan for the constant support to India-Japan Samvad,” PM said. “This forum has done great work to ensure promote the ideas and ideals of Lord Buddha, especially among the youth,” Modi added.

“Historically, lights of Buddha’s message spread out from India to many parts of the world,” said PM Modi.

“This library will also be a platform for research & dialogue, a true Samwad between human beings, between societies & between man & nature,” he added.

“Its research mandate will also include examining how Buddhist message can guide our modern world against contemporary challenges,” he further elaborated.

This Samvad Conference revolves around the need to build the future of Asia on the positive influence of traditions of non-violence and democracy in Asia.

The first conference, Samvad-I, was held in New Delhi in 2015, at Bodh Gaya. During Samvad I, leading scholars, religious leaders, academics, and political personalities had exchanged views on conflict avoidance and environmental consciousness.

4 Pakistanis nabbed for attack on satirical magazine office in France