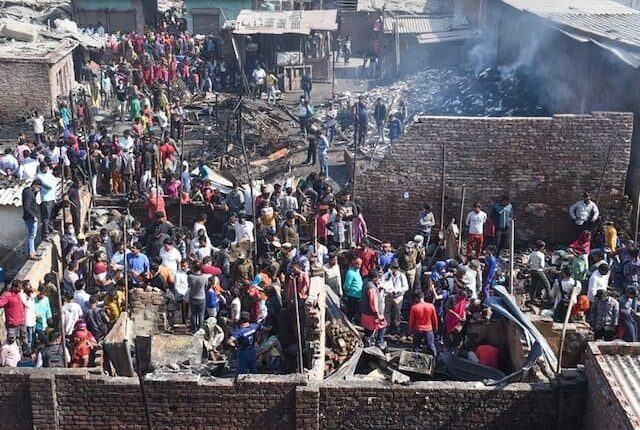 New Delhi:  Prime Minister Narendra Modi on Saturday expressed grief over the loss of lives due to a fire incident in the Gokulpuri area of the national capital.

Terming the incident as ‘heart-wrenching’, the Prime Minister, in a tweet, said, “I express my deepest condolences to the families of those who lost their lives in this accident.”

“May God give them the strength to bear this immense sorrow,” Modi added.

At least seven people were killed after a major fire broke out in the shanties of the Gokulpuri area in Delhi early on Saturday.

According to reports, the incident came to fore at around 1 am. Soon, 13 fire tenders were rushed to the spot to bring the blaze under control.

The Delhi Fire Services said thta fire had engulfed about 60 huts in the Gokulpuri area.

The fire was finally doused at around 4 am, and seven bodies were recovered from the spot, said additional deputy commissioner of police (north-east) Devesh Kumar Mahla.