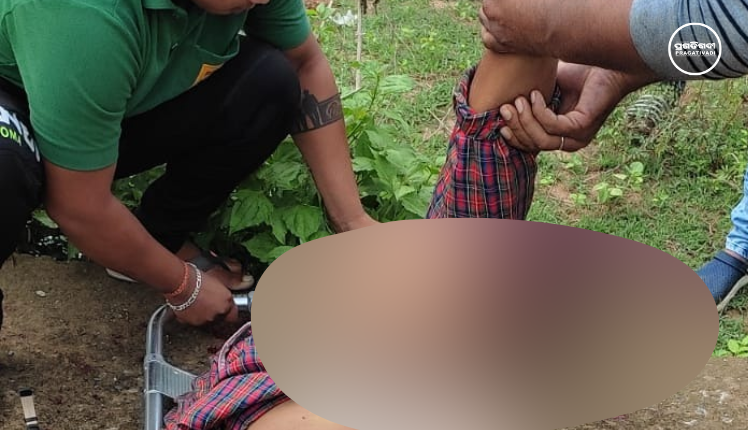 Barang: A Plus Two student died and a girl student, riding pillion was critically injured when the motorcycle, they were travelling in, dashed into a roadside electricity pole after hitting a speed breaker. The incident took place in front of a temple near Patharagadia area under Chandaka police limits in Bhubaneswar on Saturday.

The deceased, identified as Digant Das, died on the spot while the girl student, who was riding pillion, is battling for her life in a hospital with severe injuries.

According to sources, at around 2 PM when Das along with another girl student was coming from the Chandaka area at a high speed.  Suddenly, he lost control after hitting a speed breaker, and as a result, the vehicle bounced and the rider was tossed into the air hitting an electricity pole.

Reportedly, neither the motorcyclist nor the pillion rider was wearing helmets.

On being informed, the ambulance reached the spot but it was too late and the boy breathed his last at the accident spot. Meanwhile, the girl with severe injuries was rushed to a private hospital there and till the last report came in, she is undergoing treatment.

Reportedly, the police have regaistered a case and investigating the matter.