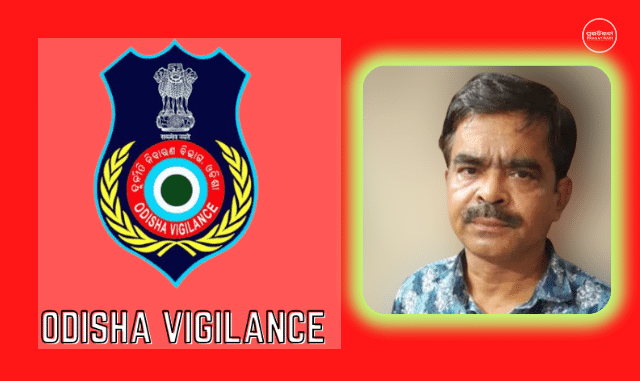 Cuttack: The Odisha Vigilance on Friday arrested Planning & Convergence Department Under Secretary Purna Chandra Sahoo on charges of demanding and accepting a bribe of Rs.30,000 from the owner of a computer firm towards releasing bill for the supply of 10 computers.

According to the Vigilance Directorate, the overall demand was of Rs 65,500/- which included Rs 26,500/- for issue of order for the purchase of 55 UPS and Mr Sahoo had threatened the complainant to keep the order on hold if the demand was not fulfilled.

Based on the complaint, the Vigilance laid a trap today and apprehended the accused Under Secretary, Purna Chandra Sahoo, at his residential government quarter in Bhubaneswar while demanding and accepting a bribe of Rs.30,000 from the complainant.

“The entire bribe money was recovered from the possession of Mr Sahoo and seized in presence of witnesses. The right-hand wash of the accused gave a positive chemical reaction, confirming his acceptance and handling of bribe money. Following the trap, simultaneous searches have been launched on the residential Govt. quarter of Mr Sahoo at Bhubaneswar, house at Durgamadhab Nagar within Bharatpur PS in Bhubaneswar, house at native village Kurumabankatara within Odagaon PS in Nayagarh district and office chamber at Lokaseva Bhawan, Bhubaneswar, the Vigilance Directorate said in the press note.

The accused, Purna Chandra Sahoo, Under Secretary, has been arrested and will be forwarded to the Court. In this connection, Bhubaneswar Vigilance P.S. Case No.13 dated 02.06.2022 U/s 7 PC Act, 1988 as amended by PC (Amendment) Act, 2018 has been registered and is under investigation, the Vigilance Directorate further added.

Virat Kohli Will Come Back To Form In England: Azharuddin