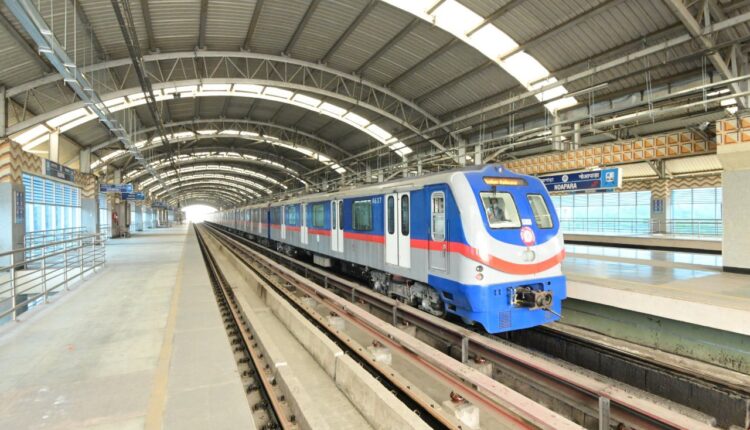 New Delhi: Union Minister of Railways, Piyush Goyal today dedicated to the Nation various infrastructure development and passenger amenity related works in North Bengal area through video conferencing in presence of other dignitaries at different locations. Ms. Debasree Chaudhuri, Minister of State of Women & Child Development, Govt. of India was also present along with other dignitaries at various locations.

Speaking on the occasion, Piyush Goyal said, “Railways is serving the nation in an extraordinary way. Railways has taken up on itself to contribute big time to the mission of Sonar Bangla. Railways would be fully electrified in 3 years in West Bengal and all on going projects will be completed at the earliest.” He also added that North Bengal is beautiful naturally; development of this region would attract more tourists. Indian Railways is committed for holistic development of the region.

126 Route Kilometer newly electrified section from New Jalpaiguri to New Coochbehar dedicated today is part of the Railway electrification work which is going on to achieve 100% electrification of Indian Railways’ network. This section is vital for train movement towards northeastern states. With electrification making steady progress in this area more trains carrying freights and passengers can be operated in an environment friendly manner with less carbon – emission. This project costing about Rs. 287 Crs will lead to huge savings in consumption of fossil fuels. It may be mentioned here that railway electrification of the whole of N.F. Railway was sanctioned in the budget of 2018 and it is targeted to be completed by December, 2023.

The Haldibari station bordering Bangladesh has been constructed considering the need of future economic development of this area. The new station has 3 passenger platforms with 26 coach capacity and 2 goods line. The entire construction of the new station building at Haldibari along with other works like construction of new circulating area, running rooms, signaling system was constructed at a cost of about Rs. 82.72 crs. Electronic Interlocking at Haldibari and Jalpaiguri stations have also been provided to enhance safety of train operations in this section.

Gangarampur is an important town in the South Dinajpur district of West Bengal. The station here has been converted to a crossing station with provision of High level platform and modern Electronic Interlocking at a cost of about Rs. 09.09 crs, which fulfilled a long standing demand of the local populace.

With an aim to provide better amenities and convenience to passenger, the Alipurduar Jn station has been re-developed to meet the operational requirement. The New Station building with improved aesthetics in pursuant to local culture was built at a cost of Rs. 8.11 Cr.

Indian Railway has been providing new lifts and escalators in all important stations for the benefit of passengers. Construction of two new lifts for use of passenger at the Alipurduar Jn station, built at a cost of about Rs. 80.8 lacs will prove to be very helpful for passengers especially Senior citizen and Divyangs to move from platform – 1, 2 & 3 to other platforms.

Madarihat station falling in the Dooars section of North Bengal is an important tourist place. The provision of a new Foot Over Bridge in between PF No. 1 & 2 which has been provided at a cost of Rs 1.13 Crores will provide safe passage to passengers for boarding / de-boarding trains stopping at PF 2 of the station.

Indian Railway is installing high mast flags in all important stations throughout the country. One such high must flag installed at the New Coochbehar station has also been dedicated to the Nation.