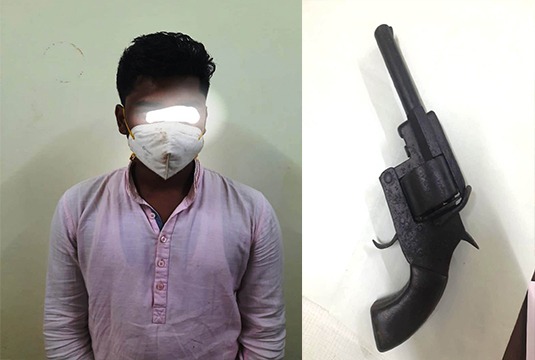 Bhubaneswar: Security officers at Bhubaneswar airport today seized a country-made pistol from a passenger travelling to Bangalore in an Air Asia Flight.

According to airport authorities, a person named Ramachandra Jena (23), of Krushnaprasad Puri, was travelling in Air Asia Flight No. 151563 from Bhubaneswar to Banglore and then to Chennai. However, during luggage x-ray at around 6.20 PM, one country-made firearm was detected.

Hence, Air Asia Security In Charge Prasant Dasmahapatra submitted a report and produced the accused along with the firearm.

Further investigation regarding criminal antecedent of the accused and procurement of firearm is underway, the officials informed.