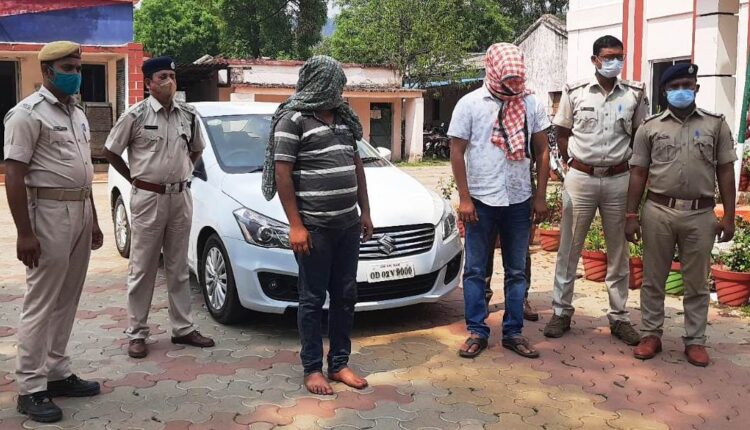 Deogarh: Deogarh police have arrested two persons including a young contractor and seized a pistol and several rounds of bullets from his car during vehicle checking at Tileibani.

During interrogation, the accused revealed to have bought the gun from one Md Nayeem Khan of Sambalpur. Following this, a police team nabbed Khan from his native place today.

Mahanta said both Samal and the gunrunner have been booked under The Arms Act and forwarded to court.