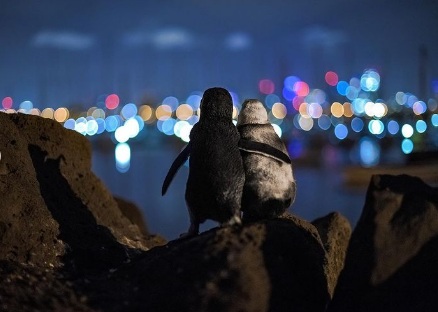 Melbourne: A picture of two widowed penguins comforting each other has won the Community Choice Award at Oceanographic magazine’s Ocean Photography Awards 2020.

Captured by photographer Tobias Baumgaertner, the image shows two beautiful penguins holding and comforting each other. According to the caption of the image, the two were standing on a rock for hours, overlooking the Melbourne skyline.

Tobias went on to explain that a volunteer had told him that the penguins had lost their partners. They were often spotted comforting each other and standing together for hours.

Tobias said he spent 3 full nights with the penguin colony until he was able to get the perfect shot.