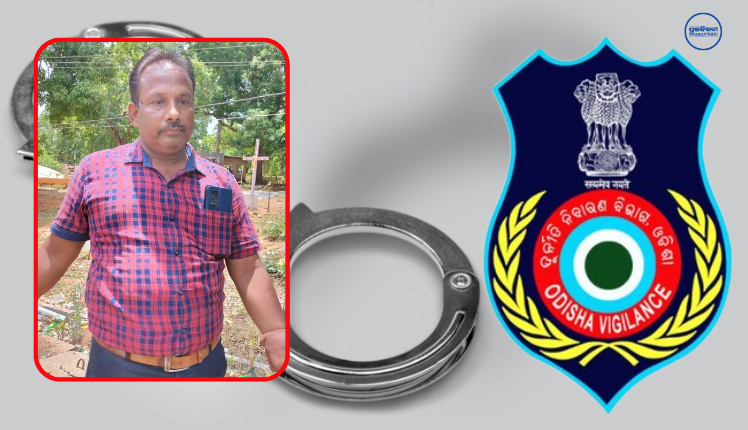 Kandhamal: An employee of Project Implementing Agency in Tumudibandha of Baliguda in Kandhamal district was apprehended by Odisha Vigilance on charges of gratification.

The accused has been identified as Nagendra Nath Swain, Project Associate of PIA in the Kutamgada area.

Acting on the complaint, the officials laid a trap and caught Swain red-handed while accepting gratification of Rs 50,000 from the complainant.

Following this, simultaneous searches have been launched at his official residence and confiscated the passbooks of several banks, properties, and other documents.