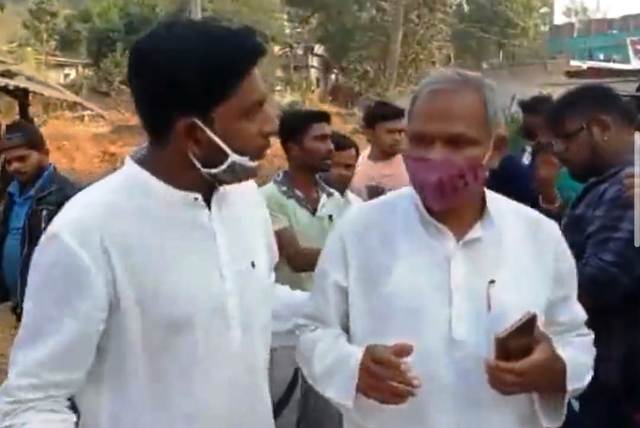 Phulbani: The Good Samaritan gesture of Phulbani MLA Angad Kanhar has become the talk of the town on Thursday after he saved the lives of two injured in a road mishap.

The legislator who was returning after attending the planning board meeting stopped near Phulbani autonomous college road where two persons were lying on the street following an accident.

A bike rider had rammed a cyclist on the spot after losing balance. Kanhar, who was passing through the route, rescued the two to Phulbani district headquarters hospital for treatment.

The legislator asked the doctors to take care of the injured persons.

Local people have lavished praises on the MLA for his good Samaritan attitude and thanked him for the act for which two lives could be saved.

Kanhar said people should not overlook the injured victims in such a situation. Their effort could save lives.