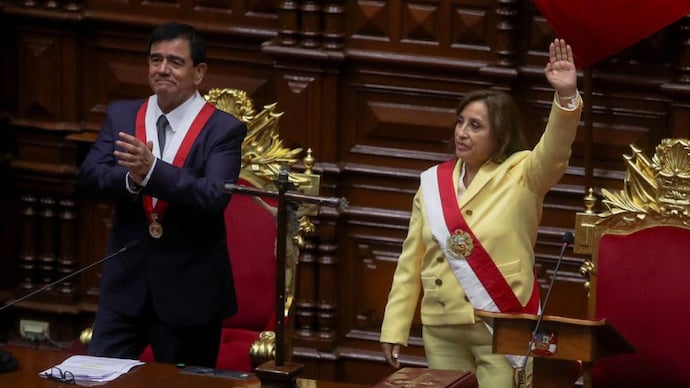 Peru: Peru’s Congress swore in a new president on Wednesday in a day of sweeping political drama that saw the former leader, Pedro Castillo, ousted in an impeachment trial hours after he attempted a last-ditch bid to stay in power by trying to dissolve Congress.

Ignoring Castillo’s attempt to shut down the legislature by decree, lawmakers moved ahead with the previously planned impeachment trial, with 101 votes in favor of removing him, six against and 10 abstentions.

The result was announced with loud cheers, and the legislature called Vice President Dina Boluarte to take office.

Dina Boluarte – previously the vice-president – was sworn in after a dramatic day in Lima on Wednesday.

Earlier in the day, Mr Castillo had said he was replacing Congress with an “exceptional emergency government”.

But lawmakers ignored this, and in an emergency meeting impeached him. He was then detained and accused of rebellion.

Ms Boluarte, a 60-year-old lawyer, said she would govern until July 2026, which is when Mr Castillo’s presidency would have ended.

Speaking after taking the oath of office, she called for a political truce to overcome the crisis which has gripped the country.

“What I ask for is a space, a time to rescue the country,” she said.