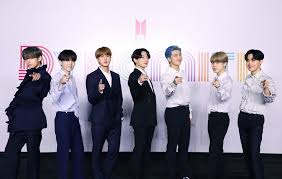 Seoul: The People’s Choice Awards for 2020 were held recently and numero uno K-pop band, BTS, once again, became the biggest winners of the night.

Addressing the fans virtually from Seoul, South Korea, after their multiple victories at the People’s Choice Awards, BTS band member Kookie said, “Thank you People’s Choice Awards and our fans for giving us the Best Group title,” to which Jimin responded, “I know it’s been a tough year for everyone. It was for us, too.” RM added, “We didn’t stay idle and focused on what we could do the best, which is music,” and V concluded, “We realised that [as long as] we have our music, our life goes on.” Band member Suga though was conspicuous by his absence from the virtual video.

Meanwhile, BE drops on November 20 with BTS performing Life Goes On for the first time ever at the AMAs 2020 on November 22.

Kapil Sharma’s ‘Zwigato’ First Look Out; To Have World Premiere At…

“Playing Hockey For India Has Given Me Everything…