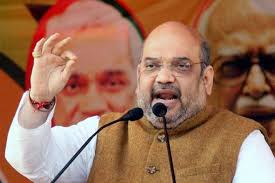 Addressing a presser soon after a mega roadshow in Bolpur of Birbhum district on Sunday, the Home Minister said  people of Bengal will not accept such conservative thinking.

The Union Home Minister reached Kolkata on Saturday on a two-day visit to review the ground realities relating to his party ahead of the Assembly elections be held in few months.

Worthwhile to mention that Bengal CM Mamata Banerjee has been calling the BJP a “party of outsiders”. She even went to the extent of describing the party as “dacoits from chambal”.

Shah said the people of West Bengal are desperate for a change as they want to get rid of political violence and corruption.

The Home Minister said the lost glory of “sonar Bangla” (Bengal of gold) will return if BJP is voted to power.