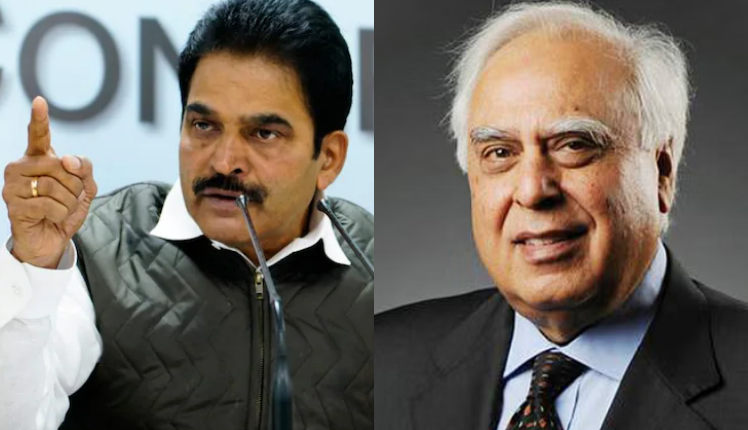 New Delhi: As former Union Minister and former senior Congress leader Kapil Sibal quit the party, General Secretary KC Venugopal said that “people come and go from our party” and did not blame anyone for the move.

“He had already written a letter to the Party President. The letter says that he firmly believed in the values of Congress. He said nothing else. Let him state his position. Then I can say. The resignation letter is of a very high standard,” Venugopal said.

“People come and go from our party. This is a big party. Some may be leaving the party. May some going to other parties. I am not going to blame anybody who left the party. Congress has vast space,” he added.

He further added, “The party will be completely rebuilt. It intends to go with a comprehensive re-organization. A lot of guidelines are going to come. Each person will have a task.”

Sibal revealed today that he has quit the Congress party, dropping a bombshell moments after filing his nomination papers for Rajya Sabha as an independent candidate supported by the Samajwadi Party.