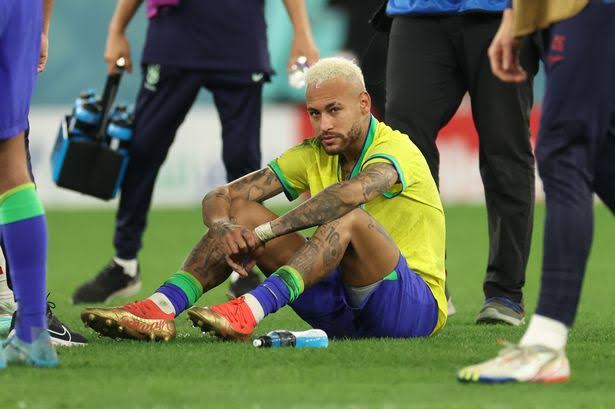 Qatar: Neymar equalled Pele’s record of goals for Brazil on Friday, but that didn’t prove enough for the pre-tournament favourites to win the quarterfinal against Croatia, who ended up winners after a penalty shootout. Almost immediately after, Pele wrote a message of support for Neymar, while also congratulating him for matching his record of 77 goals for Brazil.

Pele, who has been hospitalized while being treated for a respiratory infection, posted his message on Instagram after Brazil lost to Croatia in the quarterfinals in a penalty shootout at the tournament in Qatar.

“I saw you grow, I cheered for you every day and I can finally congratulate you for reaching my number of goals with Brazil. We both know that this is more than a figure,” the 82-year-old Pele wrote.

“Our biggest duty as athletes is to inspire. Inspire our teammates of today, the next generations and, above all, everyone who loves our sport.

“Unfortunately this is not the happiest day for us,” Pele added.

“My record was set almost 50 years ago, and nobody had managed to get near it until now. You got there, kid. That shows how great your achievement is.” Neymar scored Brazil’s only goal against Croatia at Education City Stadium, giving him 77 for the national team. The Croats later equalized and advanced to the semifinals by winning the shootout 4-2 after a 1-1 draw.

The 30-year-old Neymar didn’t take a penalty in the shootout. He walked off the field in tears and left it open whether he will continue playing for the national team.

“Keep inspiring us,” Pele said in the end of his message to Neymar.

“I will keep punching the air with joy for every goal you score, as I did in every match I saw you on the pitch.” Pele, whose real name is Edson Arantes do Nascimento, won three World Cups with Brazil. He had surgery to remove a colon tumour last year is also going through chemotherapy in his fight against cancer.

Pele’s daughters, Kely and Flavia Nascimento, posted a montage of their father and Neymar together in celebration for the forward’s scoring mark.