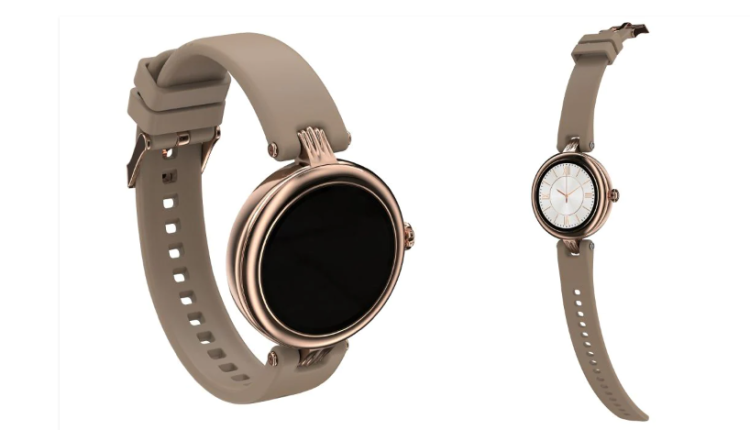 Price And Availability Of Pebble Venus In India

Priced at 7,499 rupees, Pebble Venus. The smartwatch, according to Pebble, is presently offered at a special introductory price of Rs. 4,499 at all top retailers, including Pebble’s online shop.

The wearable, however, appears to be out of stock on the company’s website. Black, Brown, and Peach are the available colour options for the Pebble Venus smartwatch.

For Bluetooth calling, Pebble Venus has a speaker and microphone configuration. For app notifications, the smartwatch also transmits vibration alerts. It has an HD-resolution 1.09-inch display. The manufacturer claims that the wearable weights roughly 53g. The smartwatch has a female menstrual cycle monitoring feature as well, which alerts the user of their upcoming period, safe ovulation window, and pregnancy window.

Other health-related features are also available on the smartwatch. It receives monitoring for heart rate, SpO2, blood pressure, and sleep. Additionally, it provides numerous sports modes and more than 100 watch faces. Additionally, it contains a pedometer or step counter and shows the number of calories burned. When a user has been sitting still for a time, the smartwatch sends them sedentary reminders.

The new Pebble wearable has Bluetooth v5. Wearers will be able to manage their phone’s camera and receive weather updates. The 200mAh battery of the Pebble Venus may be recharged using a magnetic charger. The smartwatch is advertised to last 2 to 3 days on a single charge and 5 to 7 days in standby. The business claims that it also has a spinning crown button that aids users in navigating between functionalities.