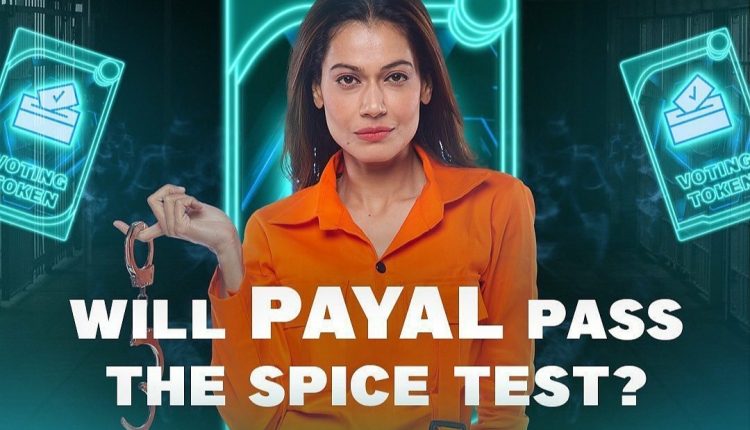 In her Instagram post, Payal also took a dig at the reality show producer Ekta Kapoor. Here, she mentioned how Kangana is now a part of Salman Khan’s sister, Arpita Khan’s circle, after she attended the latter’s Eid party recently.

Highlighting how most celebs also felt the same, she said, “Sad PR gimmick by …….Using jobless celebrities to target me. Point is if they know the lazy winner of #lockup and they have watched the show called #Lockup then they need to know Payal and understand the meaning of the word #BADASS.”

Taking a direct dig at Kangana Ranaut for her newfound bond with Salman Khan, Payal Rohatgi said, “Kangana and a lot of A grade celebrities who came as guests on #lockupp called me #BADASS. Maybe they didn’t know the meaning of it then in the middle of the show and on finale Kangana realised it. So that means the concept of the show was a OCCHA thought and so THEY made winner of Ghar Ghar ki kahani types after bonding with host of #Biggboss one week before finale when the whole season all Kangana said was that this show is not GHAR GHAR KI KAHANI types.”

Taking a dig at Munawar, she wrote, “A winner had a wife and a child and a girlfriend was busy having romance with another woman in the show and the jobless celebrities found that REAL. The so called winner used to MENTALLY attack the players and if that is funny then I feel sad for all of them.”

She also stated that she will now be unfollowing Kangana on social media. “Unfollowing Kangana. Wish her film …..🙃 So called celebrities think before u talk stupid stuff in media and look like jerks #payalrohatgi,” Payal concluded.

Lock Upp was a web reality show on Alt Balaji, produced by Ekta Kapoor, with which Kangana made her web debut. Here 20 contestants were pitted against each other in a jail-like setting. Stand-up comedian Munawar Faruqui was declared the winner with Payal as the first runner-up. Apart from the trophy, Munawar also won ₹20 lakh, a car and an all-expense-paid trip to Italy.