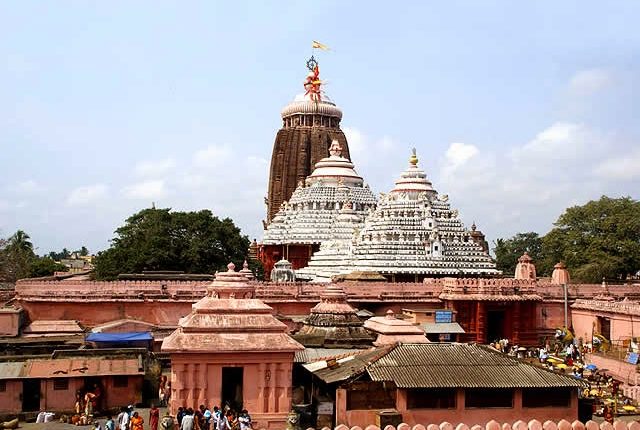 Puri: The Holy Trinity at the Puri Srimandir will be adorned with the spectacular ‘Rajarajeswara Besha’ also known as ‘Suna Besha’ here on the auspicious occasion of ‘Pausha Purnima’ on Thursday.

Special arrangements have been made for conducting Pushyabhishekh rituals of deities at the Jagannath Temple on the occasion of full moon day that falls on Pausha month of Hindu almanac.

On the holy day, Lord Jagannath and His siblings are adorned with gold ornaments. The Besha is called Rajarajeswar Besha.

As per the rituals, the Holy Trinity will be decked up in golden attire after the ‘Chandana Lagi’ ritual. In the morning, Mangala Alati, Mailam, Tadap Lagi, Abakash Niti, Gopal Ballav, Shakala Dhupa rituals were performed followed by the conduct of Jala Lagi and Sarbanga.

Similarly, the ‘Pushyabhisek’ ritual of Gajapati Maharaja of Puri Dibyasingha Deb will be performed today. As per the tradition, after ‘Panchadebata’ and ‘Shastriya’ Pujas, the special ritual will be conducted.