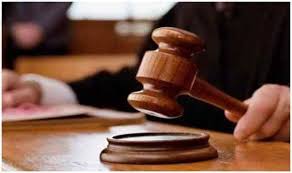 Patna: A Special POCSO judge has sentenced a school principal to death here for raping a Class 5 student.  Another school teacher was imprisoned for life.

The case was filed under the POCSO Act (Protection of Children from Sexual Offences) and relevant sections of the IPC (Indian Penal Code).

The Special POCSO judge Awadhesh Kumar had passed the order on Monday. Kumar announced capital punishment for the principal Arvind Kumar besides imposing on him a fine of Rs one lakh.

Co-accused Abhishek Kumar, who taught at the school situated in Phulwari Sharif locality of the city, was sentenced for life and slapped with a fine of Rs 50,000.

Reports said the case was reported in September 2018 when the 11 year old girl was found to be pregnant after she was taken to a doctor by her parents.

Rain Alert! Weather Forecast For These Odisha Dists From Feb 16-19

Chinese investors to wait as Centre unlikely to adopt…