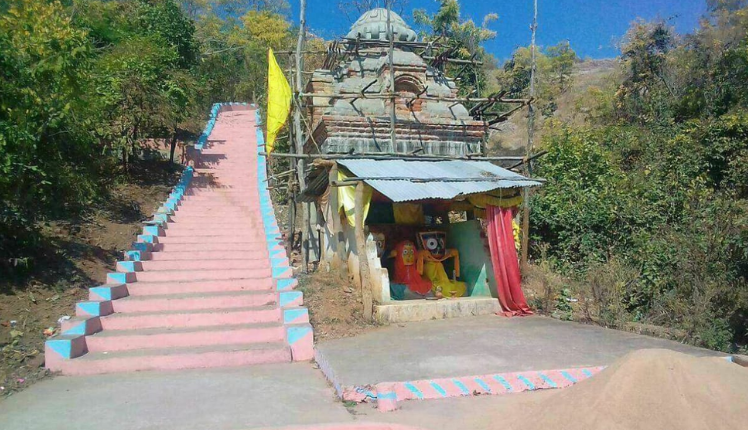 Patali Srikhetra: The Hidden Abode Of Lord Jagannath And His Siblings

Sonepur: ‘Patali Srikhetra’, a famous place in Odisha’s Subarnapur district with the significant historical importance of the Jagannath culture.

This religious place is associated with Shaktism, Buddhism and Vaishnavism. It is located in the foot of Trikut Hill. It is widely believed that the idol of Lord Jagannath, Balabhadra and Devi Subhadra were kept hidden in the caves of the Trikut for a period of 144 years.

The Madalapanji (chronicle of the Jagannath Temple) describes that during the invasion of Raktavahu, a king named Sovanadeva of Odisha escaped with the images of Lord Jagannath, Balabhadra and Devi Subhadra.

He then reached Subarnapur and buried the images at a place called Subarnapur-Gopali. After 144 years, a king name Yayati Keshari of Somavamsi dynasty got the images and made new images. He built a temple at Puri and enshrined the idols.

When the fact came to light, a team of Archaeological Survey of India (ASI) and State Archaeology visited the spot and testified the linkage of Patali Srikhetra with Srikhetra in Puri and also found archaeological properties of pre-historic importance.

Subsequently, a small temple was built atop the hill and the Patali Srikhetra Action Committee (PSAC) installed the idols of the Trinity, which the Puri temple administration had given them in 2011.

Get Fit With These Equipment-Free Exercises

Prevent Hair Fall And Help With Growth And Thickness