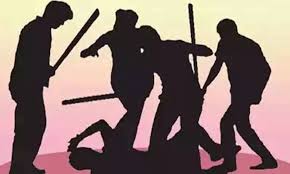 Past Rivalry: Miscreants Hack Man With Swords In Ganjam’s Digapahandi

Digapahandi:  Unidentified miscreants on Sunday hacked a person with swords and injured him severely at Banthapalli village under Digapahandi police station limits in Ganjam district over a suspected past rivalry.

The victim, identified as Panchu Bhuiyan, has been shifted to SCB Medical College and Hospital as his condition has deteriorated after the gruesome attack. Sources said the victims sustained 25 cut injuries in the attack and his health condition is critical.

Reports said the attack was preplanned as they had taken track of Panchu who was going to take bath at Sapua nullah in the morning. Panchu was allegedly involved in the killing of Bachhan Swain, a known criminal of the village, on October 24 2020.

Police sources said Bachhan’s family had registered a compliant at the police station against Panchu and his brothers and following the complaint Kangaru Bhuiyan and Kalia Bhuyian were arrested. They are now lodged in jail as under-trial prisoners.

If sources are to be believed the family of deceased Bacchan were aggrieved that the police are not taking steps to nab the killers. Therefore, it is suspected they might have hit upon the plan to take the law on to their hands and attack the killer responsible for the act.

The SDPO said an investigation is on and the perpetrators of the crime will be arrested soon. The scientific team is also pressed into service to collect details, police said.