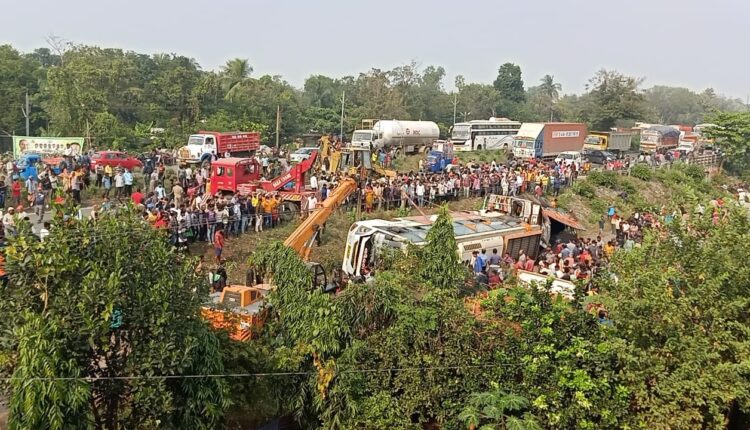 Soro: At least five persons were killed while several others sustained injuries after a passenger bus they were travelling in overturned at Bidu Chhak under Soro police limits of Balasore district today.

According to reports, the mishap occurred when the bus named Shantilata was heading to Bhubaneswar from Udala. Meanwhile, the vehicle, which was stationed at Bidu Chhak, was hit by a coal-laden truck from behind. Following this, both the vehicles skidded off the road and overturned.

While five persons died on the spot, over 15 sustained injuries, said sources.

On being informed, police along with the firefighter team reached the spot and rescued the passengers.