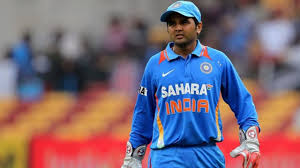 Parthiv Patel Announces Retirement From All Forms Of Cricket

New Delhi: Indian wicketkeeper-batsman Parthiv Patel on Wednesday took to Twitter and announced his retirement from all forms of cricket.

Parthiv, 35, has featured in 25 Tests, 38 ODIs and a couple of T20Is for India. In domestic cricket, he featured in 194 first-class matches for Gujarat.

He broke into the Indian team in 2002, becoming the youngest wicketkeeper in Tests, after making his debut at 17 years and 153 days. While he had a decent start to his career, Patel lost his place in 2004 with the emergence of Dinesh Karthik and Mahendra Singh Dhoni.

He made his Test debut two years and two months before he figured in his first Ranji Trophy match in November 2004 in Ahmedabad. In IPL 2015, he scored 339 runs to finish as the fourth-highest run scorer in the Mumbai Indians’ victorious campaign. Later in the year, he brought up his first List-A hundred to lead Gujarat to its maiden Vijay Hazare Trophy title.

Fantasy Sports is Integral to Sports Growth in India