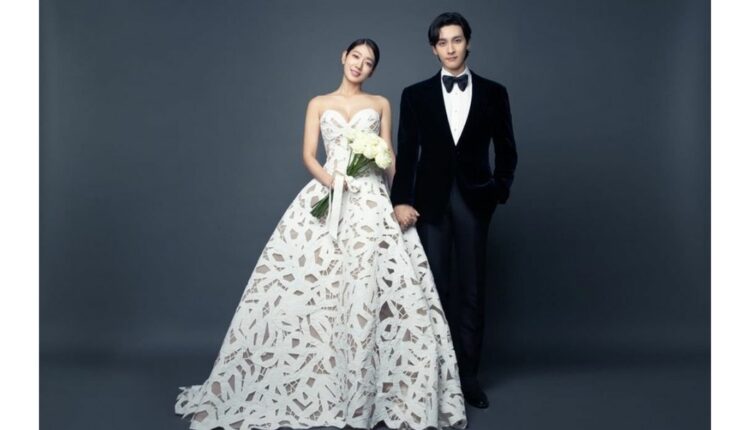 But several parallel universes were thrown into chaos when actress Park Shin Hye delivered her wedding invitation, and addressed the card to “Mr. Kim Tan”.

On the afternoon of January 22, ‘Dispatch’ revealed photos from Park Shin Hye and Choi Tae Joon’s wedding ceremony, held at a church in Seoul.

On this day, numerous family members, friends, and acquaintances of the celebrity couple attended the wedding ceremony to congratulate their marriage. One of the highlights of the day featured congratulatory performances by the couple’s closest friends, including F.T. Island’s Hongki, EXO’s D.O, Crush, and Lee Juk.

In November 2021, the couple shared a statement to announce that they were expecting their first child and will be married soon.

The lovebirds started dating in 2017 but only announced their relationship in March 2018.

Shin-hye is best known for her roles in K-dramas The Heirs, Heartstrings, Pinocchio, Stairway to Heaven, Tree of Heaven, and You’re Beautiful. She also starred in Miracle in Cell No. 7, one of the highest-grossing Korean films, and Netflix’s 2020 zombie thriller, #Alive. She visited Manila in 2017 as a Bench endorser.

Tae-joon starred in the series So I Married the Anti-Fan, Exit, Padam Padam, Adolescence Medley, Missing Nine, and Suspicious Partner.