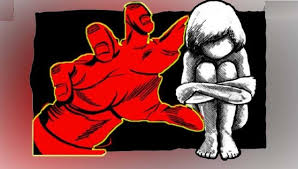 Nayagarh: The Pari murder accused will be produced before the Children’s Court today for hearing on SIT’s plea to conduct his Layered Voice Analysis.

Besides, the court will also hear on the charges of harassment reportedly meted out to the accused during the remand period.

The Special Investigation Team (SIT) of Odisha Crime Branch had sought the permission of the Juvenile Justice Board (JJB) to conduct LAV (layered voice analysis) test of the minor accused in the Pari murder case.

Earlier, the accused had not given his consent for a narco-analysis test. The denial for undergoing the test will go in support of the prosecution during the trial of the case as the accused’s move has created a presumption against him that he is attempting to suppress the facts, said a police officer.

The Protection of Children from Sexual Offences (POCSO)  court, which was hearing the case, had termed the prime accused a minor following which the case was transferred from the Juvenile Justice Board to Children’s Court as the age of the accused is between 16 and 18 years.

The accused had allegedly sexually assaulted the girl, strangled her to death and tried to have sexual intercourse with the body. He later packed the body in a gunny bag and dumped it at a bush near a pond at the backyard of the girl’s house on July 14, 2020.

LVA technology is based on a proprietary set of vocal parameters through field and academic research to correlate with key human emotions and in various combinations to be able to identify deceptive intentions in real-life scenarios. These vocal parameters were identified from a large repository of audio files captured in different languages and numerous life situations, from police interrogations, through contact centres to controlled experiments.