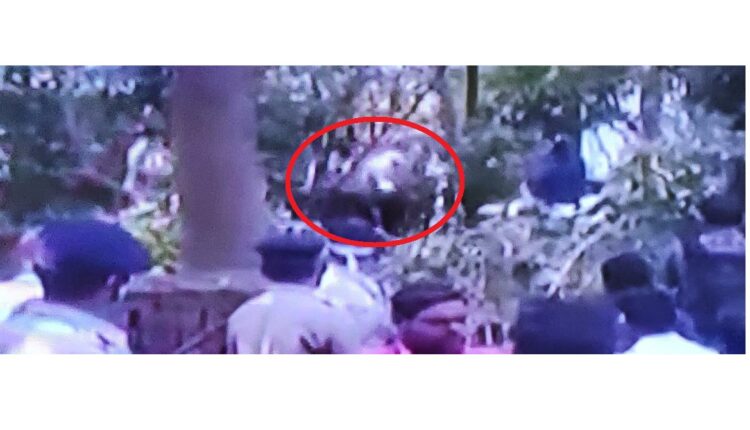 Nayagarh: In another major development in the Nayagarh minor girl (Pari) murder case, the SIT took the prime accused to the spot in Jadupur village here and recreated the scene along with the demo.

On the other hand, the SIT chief Arun Bothra has revealed that the towel, which prime accused Saroj Sethi used to clean blood stains after killing the 5-year-old, has been sent to lab for testing.

As per available information, the accused had washed the towel several times but bloodstains were found.

“The towel &  leggings are major evidence in the case,” stated the SIT Chief.

Based on the information provided by the accused, the SIT seized the blood-stained towel from his house in Jadupur village in Nayagarh district.

Besides, Bothra also stated that “no bones of the deceased girl are missing” and some bones were sent for DNA testing to identify the body.

On being questioned about, how the “dog squad” failed to trace the dead girl, Bothra said that the SIT had not used a “dog squad”.

The Orissa High Court on Thursday directed the Special Investigation Team (SIT) of the Odisha Crime Branch probing into the sexual assault and murder of 5-year-old girl Pari to submit a chargesheet.

On the other hand, lawyer Padmalaya Mohapatra, one of the petitioners, submitted an affidavit in the court today. The High Court posted the matter for next hearing on January 12.

The SIT arrested the accused on December 20 and stated that he strangulated the five-year-old girl to death and made a failed attempt to have sexual intercourse with the corpse.