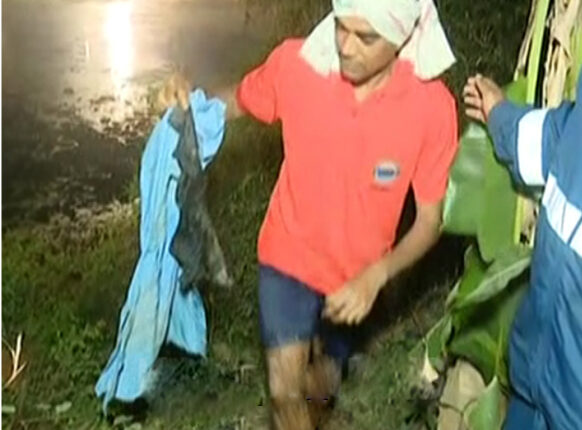 Nayagarh: In a major development in the sensational “Pari Murder case” an ODRAF team last night recovered Pari’s leggings from a pond in the locality of Jadupur village in Nayagarh district.

The legging has been handed over to the Special Investigation Team (SIT), which is investigating the murder case headed by Arun Bothra.

The bottom wear will be examined to ascertain whether it belonged to the minor girl or not.

IPS officer Arun Bothra-led Special Investigation Team (SIT) of the Crime Branch on Tuesday cracked the sensational case of sexual assault and murder of five-year-old girl Pari at Jadupur village in Nayagarh district and ascertained the involvement of one Saroj Sethy of the village in the gruesome acts.

Bothra told reporters here on Tuesday that the SIT had earlier suspected about the possibility of rape/sexual assault in the case on the basis of the fact that Pari’s recovered body had no bottom-wear and the leggings worn by the girl were missing.