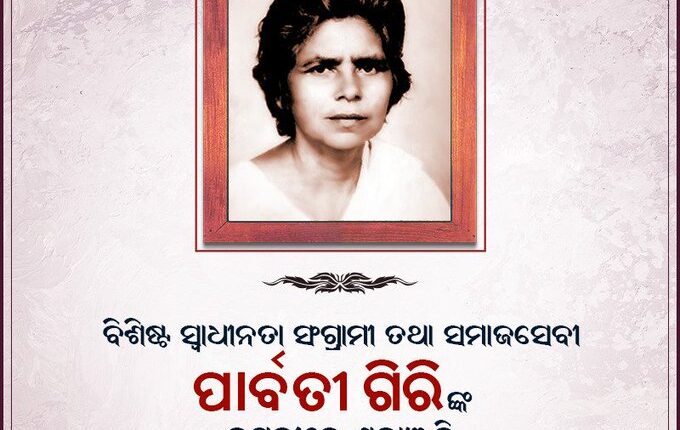 Taking to his social media handle, Odisha CM remembered Parbati Giri for her contribution towards the helpless and the homeless.

Born in Bargarh district, Giri established herself as a symbol of women empowerment by dint of her strong commitment and determination, while, from the age of 11 as a little girl, she was inspired to join the freedom movement. Giri joined Quit India Movement in 1942 and had led many rallies against the British Rule.

Nicknamed the Mother Teresa of Western Odisha, was a prominent female freedom fighter from Odisha.

Due to her anti-British government activities, she was imprisoned for two years. Parbati Giri was just 16 when she was in the forefront of agitation following Mahatma Gandhi’s “Quit India” call. She continued to serve the nation socially after independence. She opened an orphanage at Paikmal village and devoted the rest of her life for the welfare of orphans.