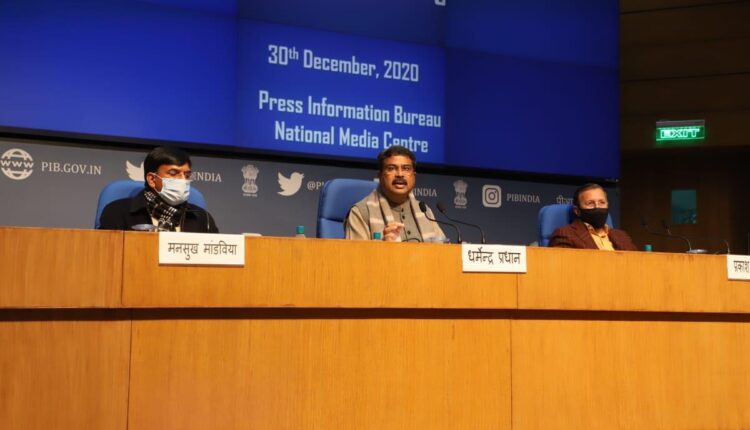 Paradip port will be of world class: Dharmendra Pradhan

Pradhan said the modernization of Paradip port will be done at a cost of over Rs three thousand crore and the project will be on PPP mode.

The project will generate direct and indirect employment opportunities for one thousand people and added that in the next five years the freight capacity will cross 170 MT.

Pradhan said with the completion of the project, Paradip port will be equipped with the facility of handling more coal and added that this will boost the economic aspects of the port.

The Union Minister said commercial handling of Paradip port has gone up to 112 MMT from 60 MMT. He told reporters that  the Union Cabinet has given the nod today to hike ethanol production in the country.

The government has decided to use  ten per cent of ethanol with petrol by 2022, Pradhan said and  added that the percentage will gradually increase up to 30 per cent by 2030.

He told the media ethanol is produced from residues of rice, wheat, maize and sugarcane. The sugarcane.

Farmers break through police barricades ahead of Tractor rally