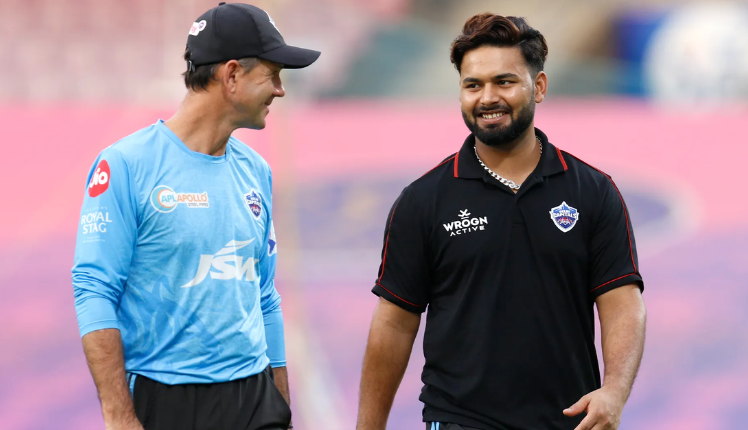 Former Australia captain Ricky Ponting has said that Rishabh Pant could be best utilised as a floater as per the match situation by the Indian team management in the ICC T20 World Cup campaign in Australia later this year.

Ponting has worked closely with Pant at Delhi Capitals and rates the Indian keeper-batter very highly.

“He (Pant) is a wonderful player. An outstanding young man, who has got the world at his feet. And he’ll be exceptionally dangerous for India, especially on the wickets we’ll provide in Australia. good flat, fast, bouncy wickets. He’ll be one of the players to watch out (for) in the tournament (World T20) for sure,” Ponting said on ‘ICC Review’.

For Ponting, Pant’s batting position should be flexible as per the Indian team’s requirements.

“I reckon having him as a floater. I’ll probably have him listed at (number) five in the (Indian) batting line-up.

“But in certain situations, where it gets to a stage, where there are seven-eight overs to go and they are one-two down, then I will look at sending him in and giving as much time as possibly can. He is that dynamic and that explosive (player) and that is certainly the way I would look at trying to use him,” added Ponting, a veteran of 168 Tests.

Pant managed to score just 340 runs from 14 IPL games with an average of 30.91. And according to Ponting, Pant was frustrated with his performance in the IPL.

He probably didn’t have his best tournament (IPL). He was really frustrated with his IPL this year because he went into the tournament batting better than I’ve ever seen him bat before.

“And even by his own admission, he said the same thing to me, halfway through the tournament, that he didn’t feel he was getting results that he probably should have and that he probably deserved,” Ponting signed off.