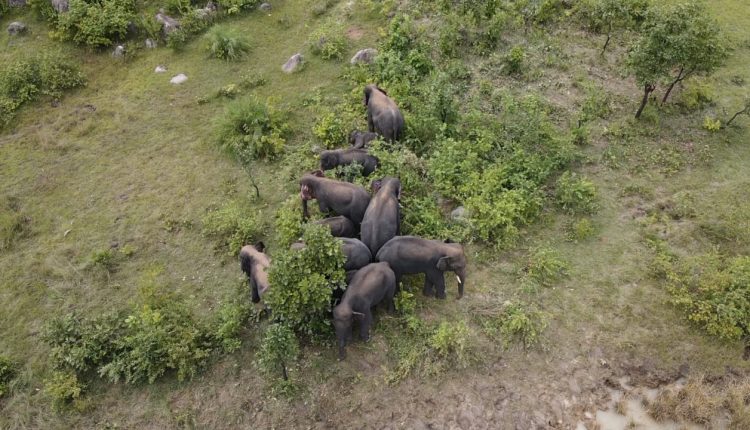 Tarabha: Panic gripped the people of villages situated close to Kumbharmunda forest in Tarabha block of Sonepur district after an elephant herd was spotted at Lembupalli Pandaki area near Chheliapata Hills on Friday.

According to reports, at around 12 noon the herd consisting of 12 elephants moved to the Kumbharmunda forest from the bordering Athagaon Bhimadunguri Hills in Bolangir district and was spotted in Chheliapata Hills.

On intimation, Kumbharmunda forester Dinesh Prasad Majhi along with other forest personnel reached the area and immediately informed the district-level officials. In the meanwhile, scores of people also gathered at the spot to see the wild elephants.

Forestor Majhi said that the operation to drive away the elephant herd away from the human settlement will be started in the evening after the crowd is people disperse.

About 30 Forest Department personnel from Sonepur, Ulunda, Kumbharmunda, Lachhipur, and Narayanpur ranges are present at the spot to help in driving the jumbo herd back into the wild.