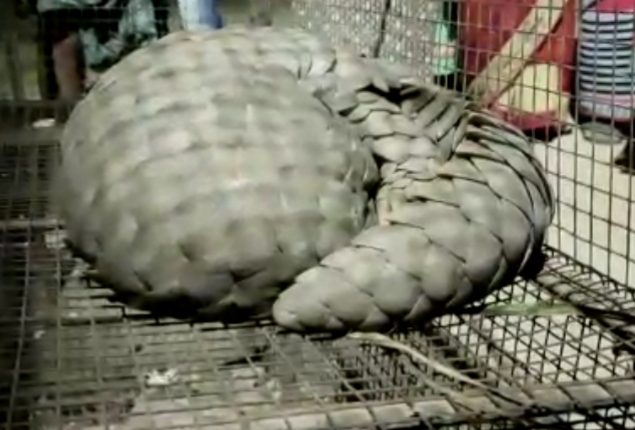 Bargarh: Locals rescued a pangolin in Remata village under Barpali block in Bargarh district on Saturday night and handed it over to forest officials today morning.

According to reports, a youth first saw the pangolin and informed others, who rescued the scaled animal, and kept it in the clubhouse of the village for the night.

On intimation, a team of Bargarh Forest Division reached the village this morning and rescued the pangolin safely. Later, the scaly anteater was released into the wild.

The forest officials have praised the local youths for helping to rescue the most trafficked mammal in the world.