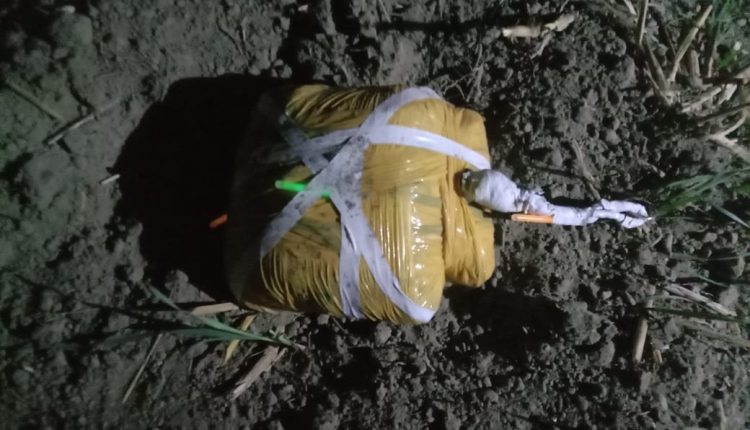 Punjab: A quadcopter carrying 1 packet of suspected heroin was seized by BSF troops in the farming field near Roranwala Kalan in Amritsar district on December 05. The quadcopter entered Punjab from Pakistan’s side at about 2:35 am. The drone was shot down immediately. With this recent success, the BSF so far has shot down 18 drones this year.

Drones are being sent from Pakistan for a long time in the border districts of Jammu and Kashmir UT and Punjab state.

BSF shot numerous drones in the past couple of days, including the largest drone yet to be sent from Pakistan which was 7 feet long. But for a long time the process of sending drones from Pakistan has continued unabated and is getting worse with time.

Now to prevent the arrival of drones, the BSF is exercising strict vigilance and have also involved police and civilians in the quest.