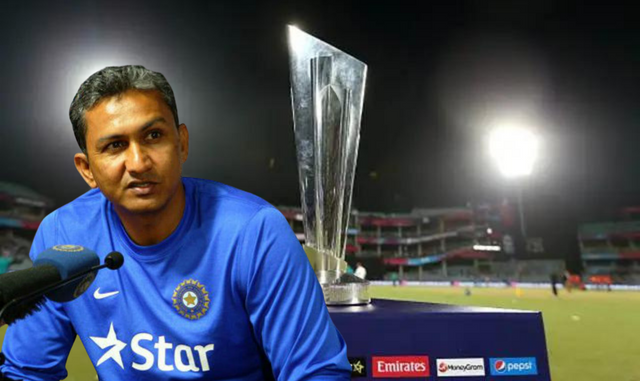 Pakistan Will Have To Really Stare At Reality Now: Sanjay Bangar

Hopes were pinned on Pakistan’s famed opening duo consisting skipper Babar Azam and wicketkeeper-batsman Mohammad Rizwan with both failing to get going in the ICC Men’s T20 World Cup 2022 in Australia.

The opening combination were never short of disturbing the Indian bowling department in their tournament opener nor did they come close to creating any sort of impact in the crucial Super 12 match against Zimbabwe. With a lot of run scoring dependent on Babar and Rizwan, the others have to come to the party if Pakistan have to progress ahead and now are dependent on the results of other teams.

Speaking on Star Sports show ‘Cricket Live’, former Team India batting coach Sanjay Bangar spoke on how Pakistan is over-dependent on Babar and Rizwan to score runs for the team and that the middle order batsmen too need to star firing, he said, “Having watching them since the Asia Cup, we all know the over dependency of Pakistani batting on Babar and Rizwan. The moment these two players get out, it sends shivers in the dressing room and in the dugout and that’s never an ideal sign. All credit to Iftakhar and Shan, because even in the first game against India, they sort of held their innings together and brought Pakistan in the game, having lost their main batters cheaply. I feel, at times, having not to play together during practice matches, dismissed in the first game and again in the second game means that the middle order, which hasn’t been firing for them, has to do bulk of the work and it is never an ideal scenario for any team wherein the middle order is so freckle that they cannot handle the pressure so quickly.”

Sanjay Bangar further spoke on the pressure that Pakistan must be going through having lost both their games, he said, “Well, they will have to really stare at the reality now. What is the outcome? Yes, a lot of results have to go their way. Maybe, a couple of rain affected matches can also be the saviour for them, but they have sort of let things out of their control because the game against Zimbabwe was well within their grasp. There were so many occasions wherein they could have cruised to the target quite easily. In the sense that, Shan Masood dismissal or Shadab Khan’s dismissal, even till the very last over, the way Wasim and Nawaz were playing at that point. Nawaz is indecision at times, was questionable because he had spent a lot of time till that point and he could have finished the game.”