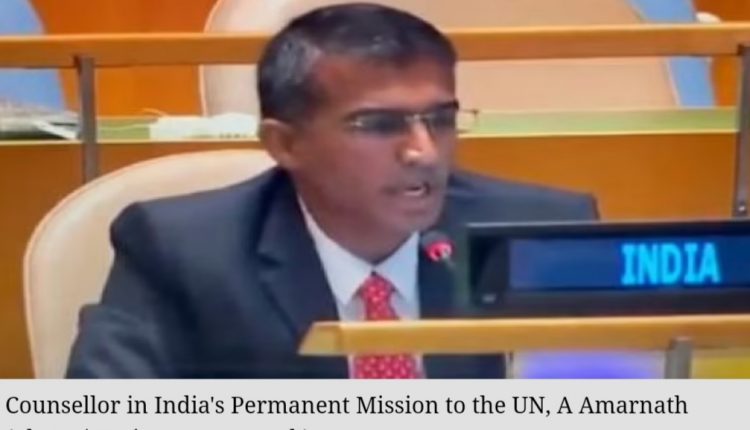 Pakistan talks about peace while its PM glorifies terrorists like Osama as martyrs: India at UNGA

In Right of Reply, Counsellor in India’s Permanent Mission to the UN, A Amarnath said: “As the epicentre of global terrorism, Pakistan has repeatedly indulged in cross-border terrorism against its neighbours, with no regard for UN principles.”

“Pakistan has made a number of unsubstantiated allegations against India including in relation to Jammu and Kashmir and Ladakh. These do not merit a response as they pertain to matters internal to India,” he said.

“Let me reiterate here that the entire territory of Jammu and Kashmir, was, is and always will be an integral and inalienable part of India. This includes the area that is under illegal occupation of Pakistan,” he added.

Further, Amarnath said, “We call upon Pakistan to immediately vacate all these areas under its illegal occupation.”