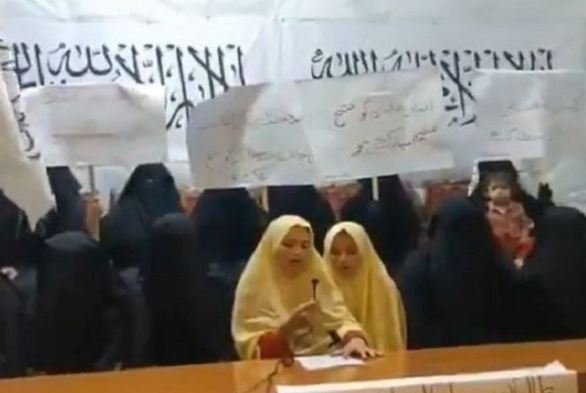 Islamabad: In a bid to celebrate the Talibanies takes over of Afghanistan, Jamia Hafsa, a seminary in Pakistan’s Islamabad organized an event and the students were seen singing songs praising the Taliban.

In a video, the students studying over there were seen singing songs praising the Taliban, which has invited sharp reactions from the various corners of the globe.

The students of Jaamia Hafsa, a seminary linked with Islamabad’s Lal Masjid, are singing a song “Salam Taliban” in an event celebrating the Taliban takeover of Afghanistan. pic.twitter.com/JzgQKqi6gQ

The seminary also hoisted the Taliban flag at its rooftop on Saturday however, the flags were later taken down after intervention by the city administration.

Meanwhile, the incident received major backlash from Afghans after the video went viral on social media.

Another 1,078 COVID-19 Patients Recover In Odisha