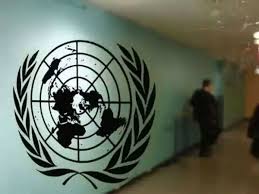 New Delhi: India has criticized Pakistan at the United Nations Security Council for operating as a ‘safe haven’ for terrorists.

It said the links of terror groups like the Al Qaeda, Haqqani Network and Islamic State are operating in Pakistan. India’s Ambassador of India to UN, TS Tirumurti briefed the UNSC on ‘Threats to International Peace and Security Caused by Terrorist Acts’.

Speaking on the Haqqani network and its leader Sirajuddin Haqqani, India said that the terrorist groups have strong links with Pakistan’s military agency Inter-Services Intelligence (ISI).

Particularly active in Afghanistan, the Haqqani Network has done enormous damage to the war-torn nation.

Tirumurti said the world is fully aware that these groups also perpetrate terrorist activities from safe havens in Pakistan. These terrorist outfits are also responsible for violent attacks in Afghanistan, Tirumurti added.

International Day of Women and Girls in Science Today

1.5-YO Girl Killed In Elephant Attack