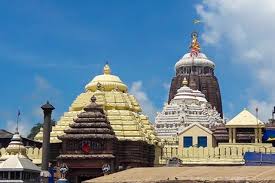 Notably, the ‘Gopal Ballav Bhoga’ is offered to the deities along with ‘Pahili Bhoga’ from the first day of lunar ‘Pousha’ month Dhanu Sankranti. After worshipping Maa Lakshmi on Thursdays during Hindu month ‘Margasira’ offering her newly harvested paddy, grains and vegetables, a special sweet called ‘Muan’, made of ‘Khai’ (popcorn sweetened) with jaggery or sugar, is offered to Lord Jagannath on Dhanu Sankranti.

The ‘Muan’ also known as ‘Dhanu Muan’ and ‘Pahili Bhoha’ are also offered to other deities at the Lingaraj Temple in Bhubaneswar, Mangala Temple in Kakatpur and other shrines on Dhanu Sankranti. The rituals are performed for one month in all the temples across the State.

Worth mentioning, the ‘Pahili Bhoga’ is a delicious ‘Khechudi’ prepared by Yashoda (mother of Lord Krishna). After ‘Margasira’ month, Goddess Lakshmi, wife of Lord Jagannath, visits her father’s house and stays there for one month. In her absence at Srimandir, mother Yashoda prepares food for her son Lord Jagannath and offers Him early in the morning till Goddess Lakshmi returns to Srimandir from her father’s house ‘sea’.