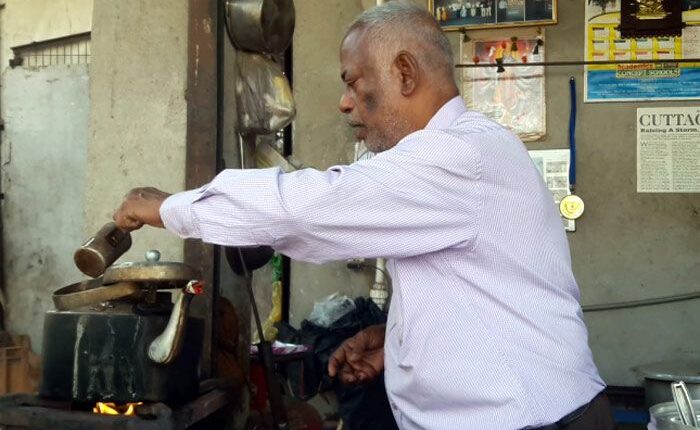 Cuttack: Padma Shri Devarapalli Prakash Rao, who was undergoing treatment at the SCB Medical College and Hospital in Cuttack, passed away today.

Rao was admitted to the SCBMCH a couple of weeks ago after developing breathing complications and was diagnosed COVID-19 positive. He was shifted to ICU of the Pulmonology department in the hospital after his health condition deteriorated.

Chief Minister Naveen Patnaik expresses deep grief over the passing away of Padma Shri D Prakash Rao. Taking to the Twitter he wrote:

Deeply saddened to know about the demise of philanthropist Padma Shri D Prakash Rao. The Good Samaritan will always be remembered for his dedication to uplift the lives of children through education. My thoughts & prayers with the bereaved family members. RIP

Rao sold tea for the past 50 years at Cuttack’s Baxibazar. He left no stone unturned in helping others. He contributed half of his income generated from tea selling to set up a school named ‘Asha O Ashwasana’ in Cuttack. Since 1978, he has also donated blood over 200 times and platelets seven times.

Five Amazing Ways To Get Rid Of Chapped Lips