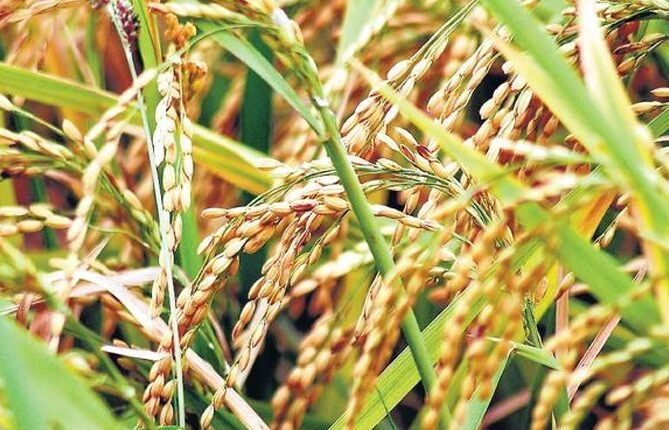 Bhubaneswar: While Odisha unit of the Bharatiya Janata Party (BJP) staged a massive protest at Sambalpur, demanding immediate procurement of paddy stocks lying at different market yards, BJD leader Shreemayee Mishra has stated that the Paddy procurement is continuing smoothly in the state and has set a record this season.

Slamming the saffron party, Mishra said, “Biju Janata Dal has always been with farmers, while BJP is shedding crocodile tears for brokers as the farmers are receiving direct cash through their bank accounts.”

Mishra also projected a few pointers, stating: “There has been a record bumper crop in Odisha and lakhs of farmers have benefitted in the State with high levels of paddy procurement. In 2018-19, the total Paddy procurement was  65.5 Lakh Metric Tons and Rs. 11,400 crores of MSP was transferred to the farmers in Odisha. In 2019-20, the Paddy procurement rose to 70.56 Lakh Metric Tonnes and MSP transfers to farmers rose to 12808 Crores which goes to show how farmers in Odisha have immensely benefitted. The BJD Government stands guarantee that every single bag of paddy of genuine farmers will be procured.”

She added that “Further In order to divert the attention from the farmers’ agitation that is going on in Delhi, the Odisha BJP is making all this Drama which the people of Odisha have very well understood.”

“The BJD MPs met the Union Minister Piyush Goyal yesterday and resolved issues relating to farmers rice procurement and subsidy. What are the BJP MPs doing for the farmers of Odisha? Instead of playing cheap politics let them fight for the interests of Odisha farmers like BJD MPs are doing in Delhi,” questioned Mishra.

“We again reiterate that not a single grain of paddy of genuine farmers will be left behind in procurement and the BJD Government guarantees this.,” Mishra concluded.

Notably, the politics over paddy procurement in Odisha intensified on Thursday with opposition BJP organising a protest of thousands of farmers in the state’s western town of Sambalpur accusing the Biju Janata Dal government of doing a shoddy job of paddy procurement.