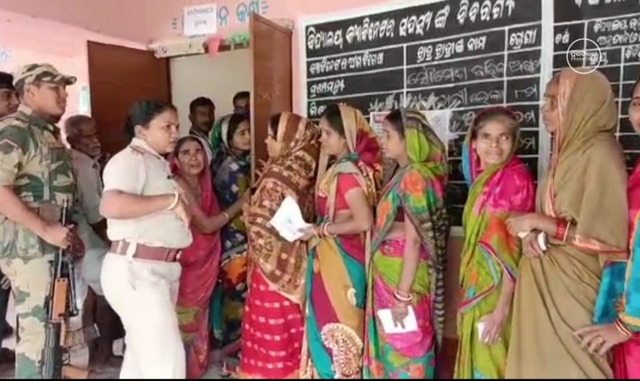 Bhubaneswar: Voters, who will cast their votes on December 5, have to produce Electors Photo Identity Card (EPIC) at polling booth before casting votes.

In case a voter fail to produce the Voter ID, can show one of the following alternative photo identity documents, for establishing their identity.

ECI has recommended for 12 alternative photo identity documents for Voters, who in the absence of their EPIC (electoral photo identity card), can produce any of these to establish their identity –

Voter Information Slips have been distributed to all the voters prior to poll which contains their sl no. in the electoral roll and polling station details. Posters on how to cast vote through EVMs and list of alternative  identification documents will be  put at each booth.

For visually challenged voters, Braille Dummy Ballot papers have been made available with each Presiding Officer, the CEO informed.

Poll day has been declared as paid holiday for all the Govt. employees as well as private employees who are voters in the constituency.

Voters have been advised to come early to vote. In case some voters are found still in the queue at Poll closure time i.e. 4 pm, slips will be distributed to them by Presiding Officers, the CEO pointed out.